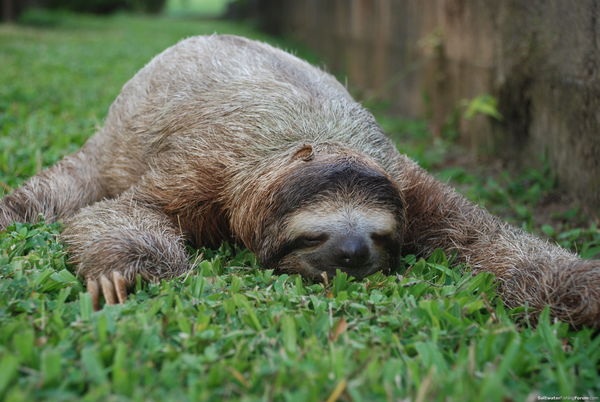 Super slow weight training (SST) and/or pushing/pulling resistance softer than capable, gets a lot of press at a regular interval.  Along with the headlines are the usual claims stating why SST is light years better than traditional/faster training.  The problem with many of these claims is that they're either incorrect all together or they encourage a misunderstanding of strength training.

The following is a list of some claims associated with SST, each followed by analysis/clarification.

When lifting a weight, momentum is proportional to the muscular force that initiated it; so, though a quick rep shortens tension time, tension magnitude is higher.  Furthermore, weights have to be nearly light enough to throw in order to allow momentum to complete reps without continual muscular tension (try letting go of a heavy bench-press your trying to push fast and see if momentum completes the rep for you!).

Answer: it can't!  In fact, in a study by Keeler et al. (2001), super slow training yielded lower electromyography (EMG) readings than fast reps performed at lighter weights!...reason? ....load is just half of the equation; how hard you push/pull is the other half.  So heavier weights only yield more recruitment if more force is produced against them.

What might be meant by the "more tension" assertion, however, is that the muscle is under continuous tension for more time when reps are slower; which in such case, claiming more time under tension is a more accurate claim.

Analysis:   Just as it's the case that driving slower is often safer than driving faster, the same can be said for training (Susan Hall 1985; Mannion et al. 2000).  With that being said, driving is also pretty straightforward, whereas exercise and its safety can be quite complex.  Variables like biomechanics (Mundt et al. 1993; Raske and Norlin 2002), kinematics, recruitment, and fatigue (Adamo et al. 2002) all influence injury incidence.

As far as rep speed and biomechanics are concerned, it might be wise to consider joint angles/positions before deciding to move fast or slow.  If moving artificially slow exposes joints to vulnerable positions longer, moving faster might be a safer option.   Referring back to the driving analogy....moving slower in vulnerable joint positions is akin to driving slow in dangerous neighborhoods.

Kinematics and/or movement-time relationship can also render artificially slow reps unwise.  If the rhythm of an exercise is properly mastered at a given speed, slowing it down might impair rhythm and, therefore, optimal/safe performance of said exercise.  To use another driving analogy, when traffic suddenly slows a route you're use to driving faster, rear-ending someone might be likelier.

The recruitment patterns of super slow weight training might increase susceptibility to muscle strain.  As mentioned above, in order to lift weight slower, less fibers are called upon; which has fewer fibers supporting a load rendering them more vulnerable to rupture.

Among the tenets of super slow weight training is repping till failure/fatigue, which is a significant factor in injury incidence (Adamo et al. 2002).  Fatigue contributes to injury by impairing movement and proprioception/neural-awareness (Adamo et al 2002, Pack et al. 1974).  Going back to biomechanics/kinematics, fatigue isn't uniform among muscles; therefore, movement fatigue won't be uniform, resulting in impaired biomechanics and kinematics.